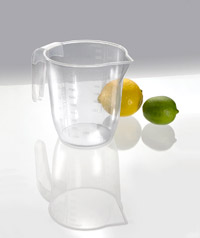 When will we run out of names? Although I originally got involved in product naming as an add-on feature to the business of copywriting, it really does call on very particular skills. It’s often thought of as the ultimate in creative writing, as so much is condensed into just one word. There have also been a tidal wave of nonsensical trendy names that sound creative over the past few years. They only add to the perception of it being some sort of dark art (although I think they probably have more to do with the difficulty of getting one-word domain names).

Somewhere within all those choices there is a best option for the product and market you are entering. Getting to it certainly requires some creative thinking on the part of the writers, but also -crucially – the full involvement of the marketing and product developers. How do they see the product now, three years from now and what is the end game? What makes it stand out and if the answer is nothing, how will it survive in the market? And how can we find a consensus amongst the dozens of suggestions that can arise?

In the most recent project we worked on, the option was simply to change one letter in the spelling of a common word to create the extra character needed to brand the product. We got to it using a fairly precise methodology that helped us focus on and then filter suggestions at every level. That one letter actually says a lot in this case. It makes the name unique enough to stand out, while clearly announcing the product’s one key feature.

Ultimately, we will only run out of brand names when we are faced with a completely commoditised way of producing and marketing goods and services. I’m pretty use that won’t be any time soon.

One thought on “Lessons from product naming”